Wesfarmers expects a 74 per cent drop in first-half earnings from its insurance division because of a high number of natural disasters.

Estimated net claims from bushfires in Western Australia, the Christchurch earthquake on December 23 and the Christmas day storms in Melbourne are $28 million over the company’s allowances, Wesfarmers said on Wednesday.

Lumley general insurance in New Zealand would also incur a $26 million expense for increasing its reserves for the February Christchurch earthquake, it said.

As a result, earnings before interest and tax (EBIT) from the insurance division for the six months to December 31 are expected to be about $23 million.

Wesfarmers’ insurance division delivered EBIT of $65 million in the same period in the previous year.

The company was reducing its exposure to higher-hazard areas and industries as it focused on disciplined underwriting, Wesfarmers Insurance managing director Rob Scott said in a statement.

Premium rate increases were being achieved in property- and farm-related insurance classes and these were expected to offset the rising cost of re-insurance, he said.

Other major insurers have downgraded their financial forecasts in recent weeks as a result of ongoing natural disasters.

QBE Insurance expects its net profit for calendar 2011 to fall by 40 to 50 per cent, and Suncorp expects claims costs to be well over its budgeted $240 million. 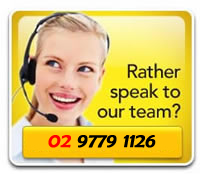